Yellowstone is full of wonders. There are of course the geysers, the splendor of the morning light, and the ancient forests. There is the primeval wonder of what the forest holds. Once in a while, for a short time, the life hidden in the forests reveals itself. I learned one evening of a wolf that had taken down an elk cow and decided to catch a glimpse of such life revealed.

When I arrived on the scene, a grizzly bear had chased a wolf away from its kill. Grizzlies can smell meat from over 2 miles away. The grizzly had sprinted across the meadow, stealing the female elk away. It was enjoying fruits of the wolf’s labor. The wolf was lying in the grass, waiting, hoping to retrieve its kill.

The wolf attempted to get the carcass back, but the grizzly is much too powerful. The wolf was time and again chased away.

As the bear stood over the carcass, the wolf watched.

The bear finally said, I’m going to drag the carcass over here, and bury it. That way others won’t be able to smell it. The wolf could only watch dejectedly. Finally at dusk, the wolf wandered the six miles back to its den. 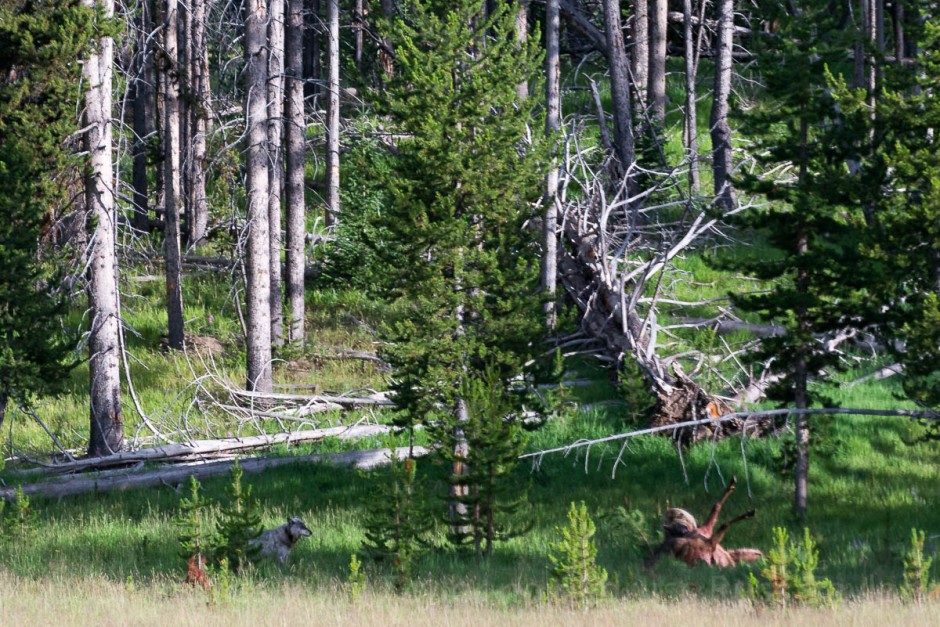 The following morning a coyote wandered onto the scene. 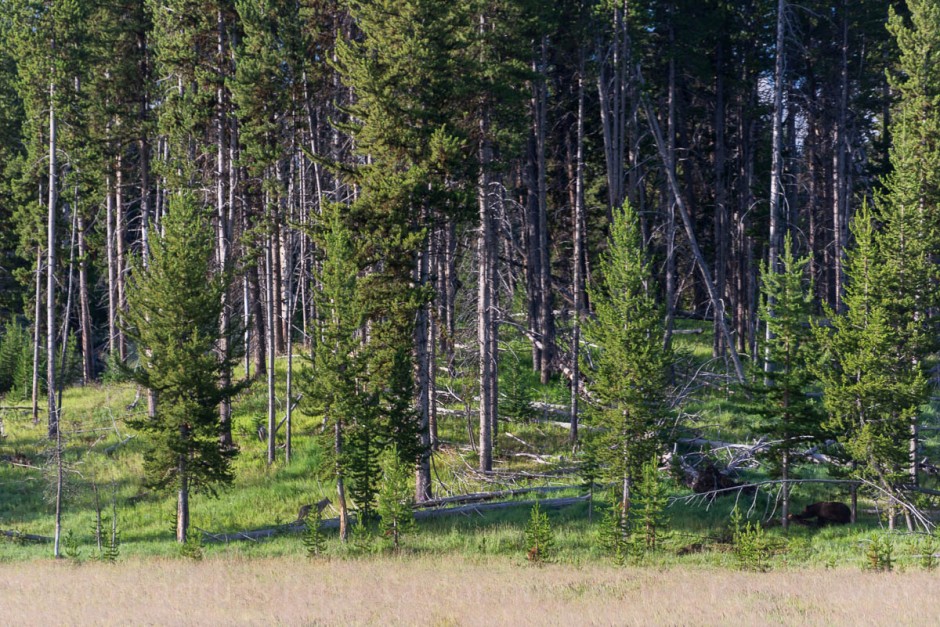 It too was chased away when it approached too close.

The coyote was wily indeed. Many times it circled close, and was chased away. It kept circling the area in front of the kill, and finally it found a piece it could steal. The angry bear could only watch in disgust.

For some reason the grizzly wandered up the hill for several minutes. It was the coyote’s chance to get a meal. It had the carcass all to itself for a short time.

The grizzly then returned, feeding on the carcass for a second day. By the end of this day the grizzly was blissfully full. It laid on its back, on the buried carcass, paws in the air.

On the third day a younger grizzly appeared on the scene. It too was chased away. Indulging in a carcass seems to require a lot of work.

The younger grizzly wandered across the meadow, but would eventually return. 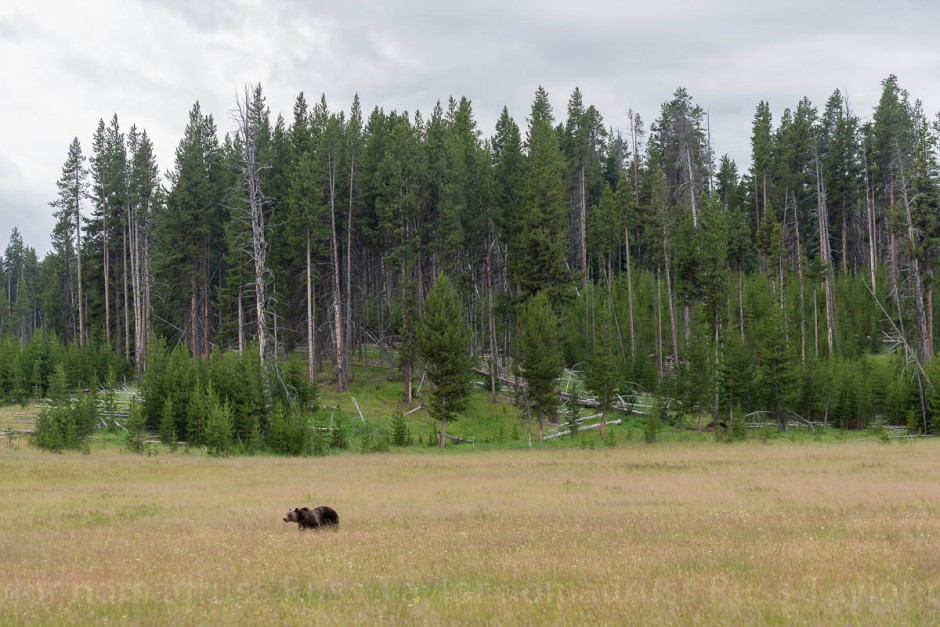 The big grizzly, having had its fill, wandered up the hill, never to return. The younger grizzly then fed on the remnants of the carcass. The cycle of life was once more complete, and the forest would soon grow dark and secret once again.