No one ever forgets their first visit to Crater Lake. It’s one of those places, that when you first stand upon its rim, you give your breath to the heavens. I first visited Crater Lake on an April day, when the snows still covered the edges of the ancient volcano, and the blue was astounding. That day stayed with me, so I made a return visit to make a few photographs. The photographs from the first visit are on negatives stored in an old suitcase, so this post is from the recent visit only.

Crater Lake was formed around 7700 years ago, when the ancient volcano, Mount Mazama, collapsed upon itself. It was witnessed by the native peoples, the Klamath, at that time and the story continues to today’s generation. Artifacts from their day are still found beneath the layers of ash.

The lake now fills a deep caldera of over 1,943 feet (592m). Because there are no tributaries feeding the lake, the waters are completely pure, with no pollutants. Because water absorbs most of the of array of colors from orange to red, blue is the only color that is reflected back to our eyes. The depth of the lake only increases the blue.

When I arrived the first afternoon I immediately drove around the lake, and I was so impressed by the landscape around the lake that figured I could do an entire photographic project from the rim looking outwards. There were other things to do first. I needed to find a campsite. When I arrived in late afternoon I was told all the campgrounds were full, so I drove outside the park boundaries and found a place that would be sufficient to bivvy. On the way back into the park I decided to try the campground anyway. I’ve learned over the years that you just never know. For just a few more dollars I was given what they called an RV site, and in the morning I shifted to a tent spot. With my tent set up I headed back to the rim of the lake. My eye was drawn to the late afternoon light and these red flowers that scattered across the pumice and ash.

Turning around I spotted a whitebark pine standing in a solitary spot along the rim. I watched the alpine glow and it was such a beautiful evening that I decided I’d turn my camera towards the night sky. The visibility in this part of Oregon is just outstanding.

I watched as the stars began to be sprinkled across the sky. Then turning my camera back towards the southwest I was able to catch the heart of the Milky Way. In the summer it’s best to photograph towards the south so that you can look into the galactic core. 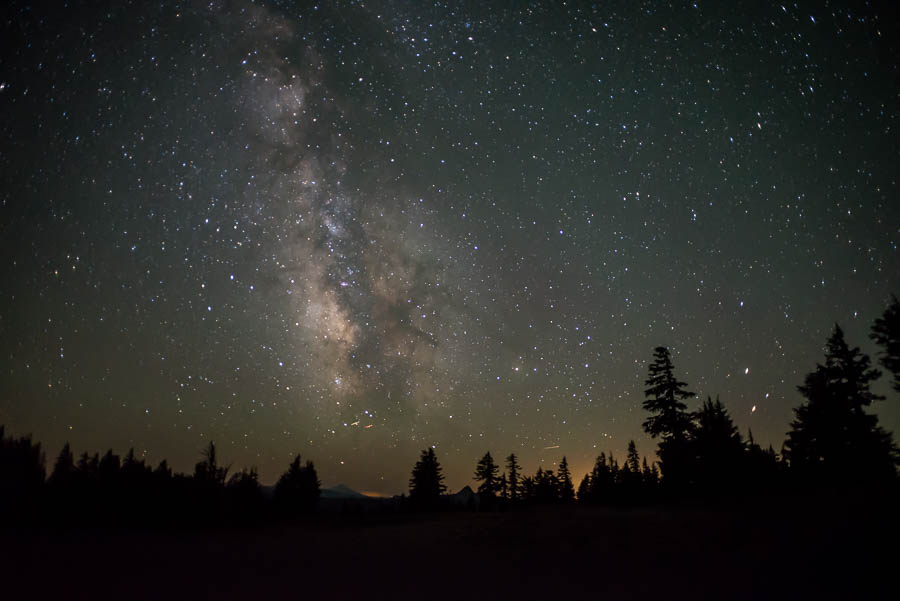 A late night was followed by an early morning. I’ve always loved the sliver moon, it might just be my favorite moon phase (don’t want to over commit to anything here). Then there was the waiting to catch the sun just breaking over the rim. 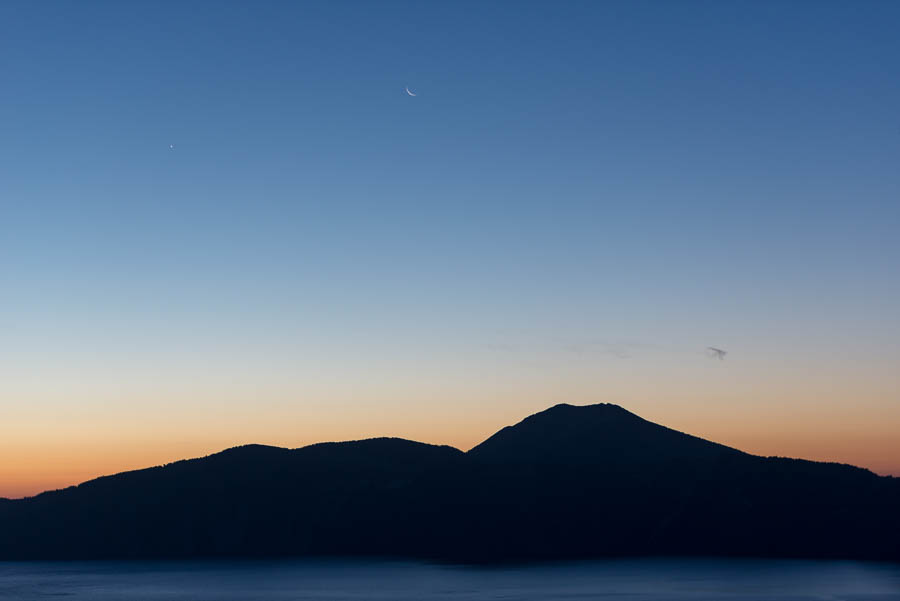 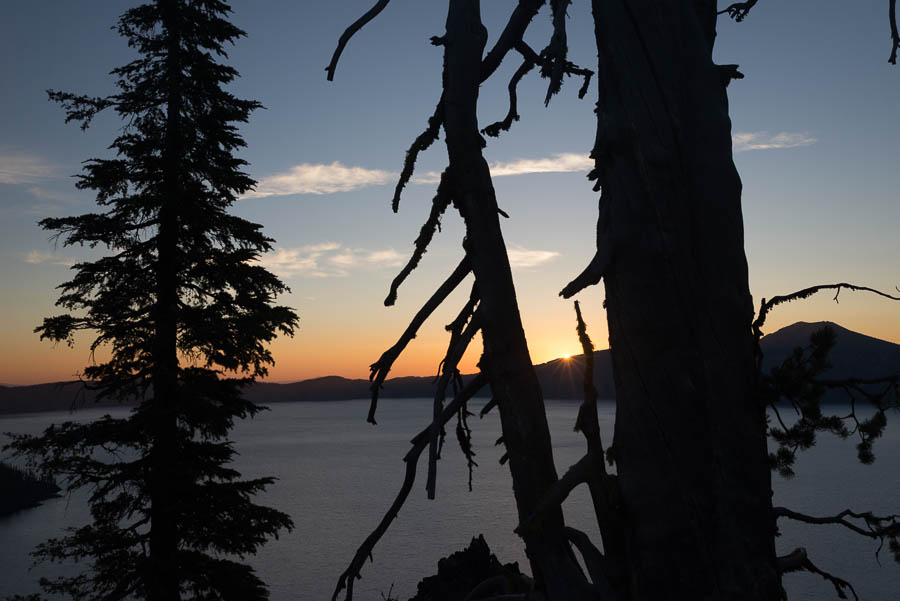 I photographed until the mid-morning, went back to the campsite and made some breakfast, and then it was time to do some laundry. The coin operated machines were remarkably cheap and I’d been on the road for awhile. Normal parts of life have to go on, even for the photographer.

Being a light chaser, I tend to live on the edges of the day, but with some nice clouds in the sky that afternoon, I decided to head back to the lake to see what I might be able make. 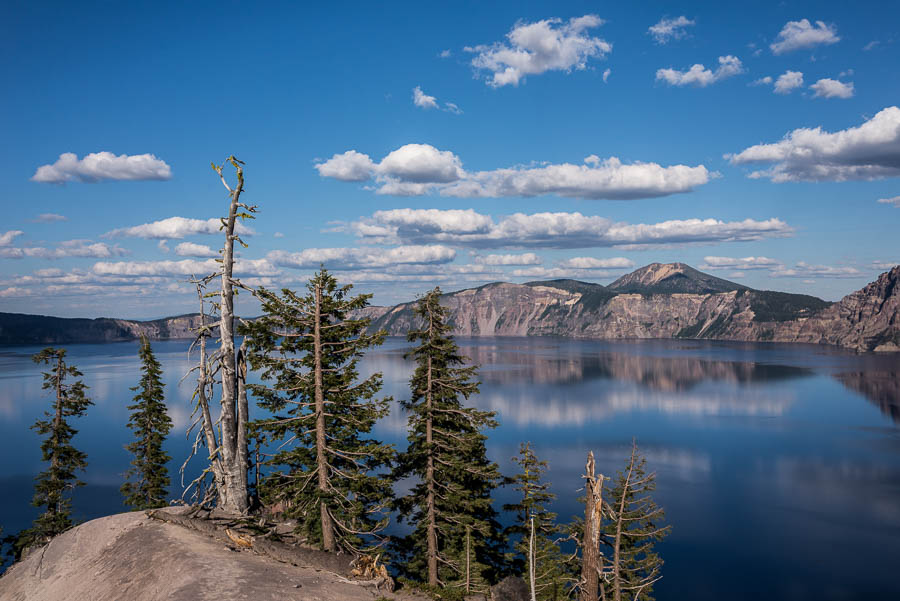 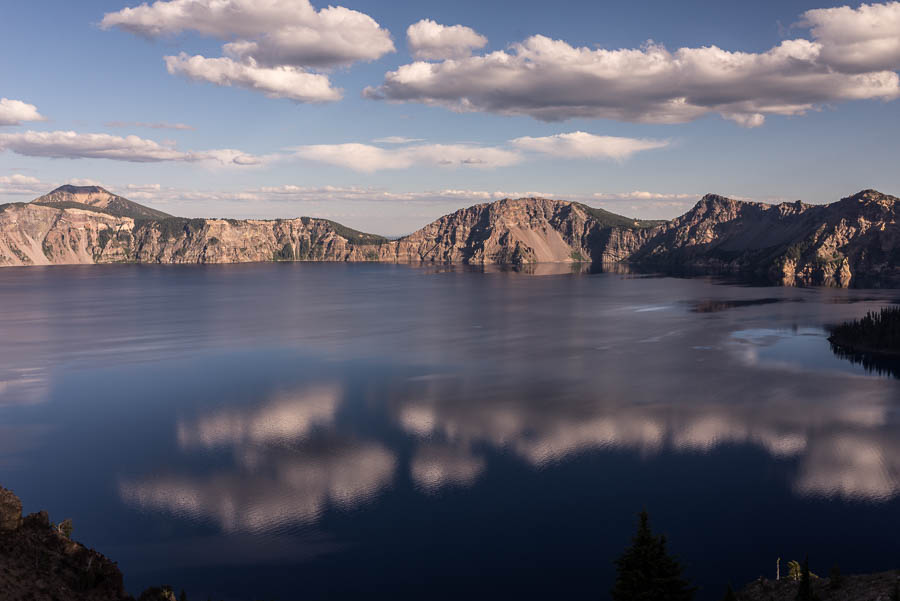 I didn’t shoot that night, as there’s a time for everything under the heavens. This was the time to make a nice meal and a campfire. I didn’t sleep in though, I was back up to the lake and beneath the Big Dipper watching the morning come. 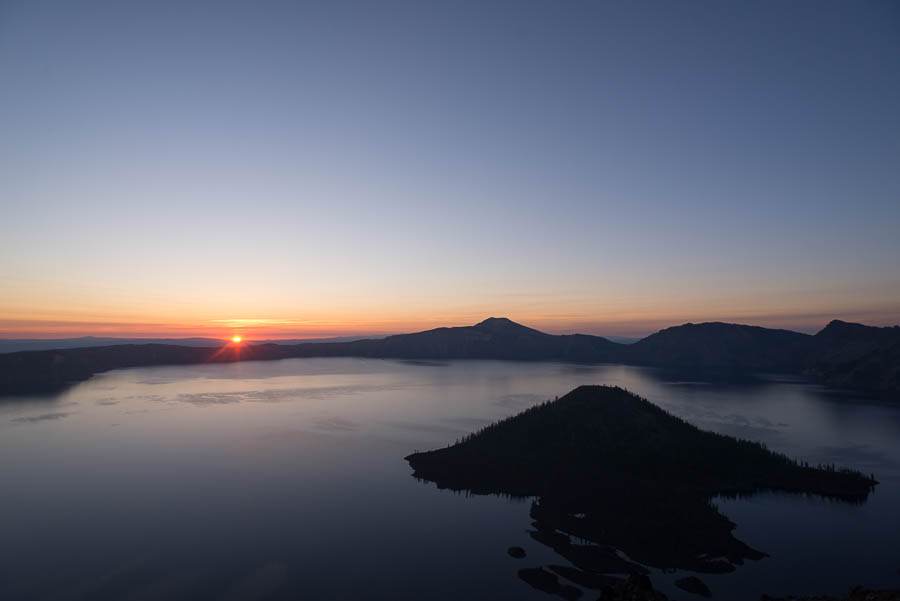 I normally don’t do the “tourist” thing. A couple I met had just raved about being on the water though, and when there’s snow on the caldera rim you can’t get down to it. So, I decided I’d take the tour boat and visit the lake from the water. Was it worth the $37? Maybe. You do get another view of the blue waters, you feel the magnitude of the lake, and you get to visit the islands inside the caldera. 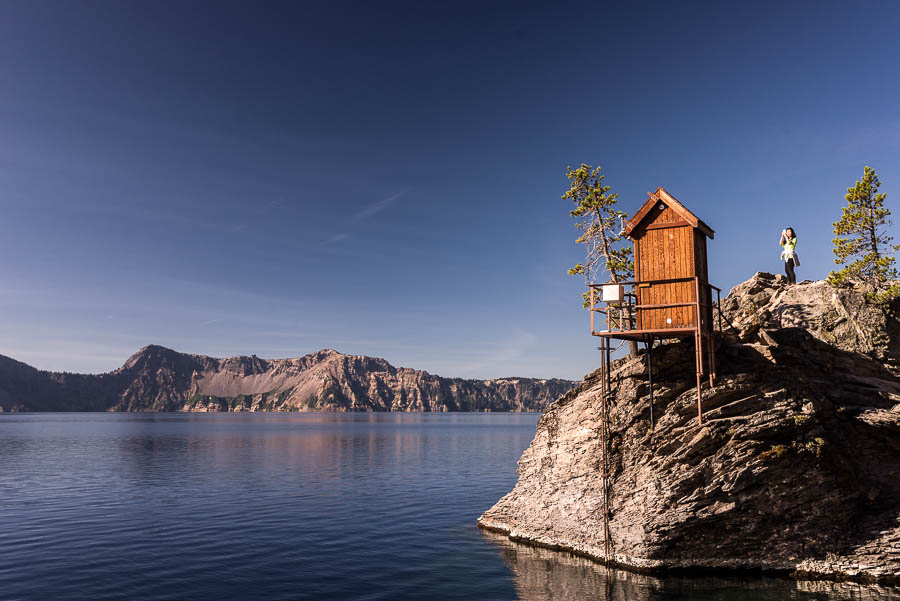 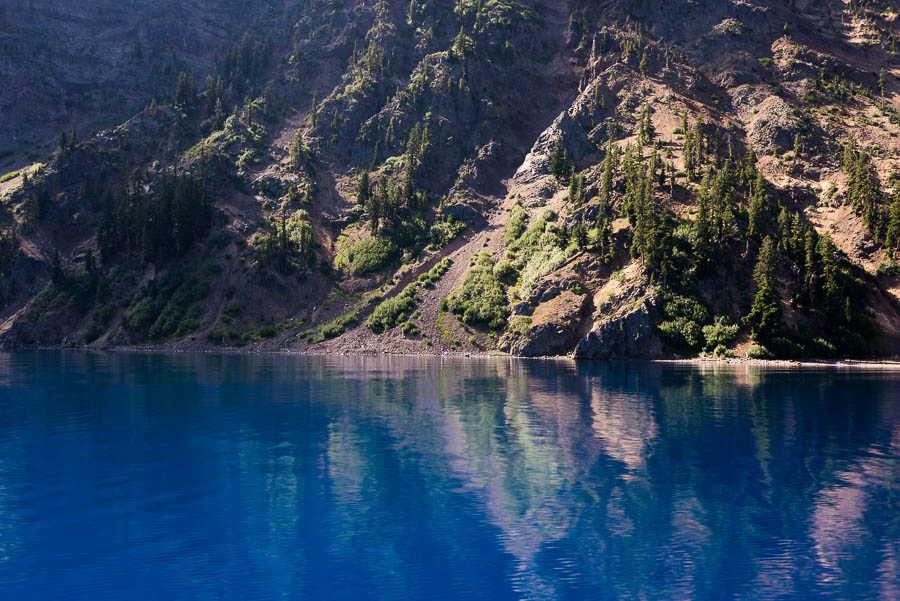 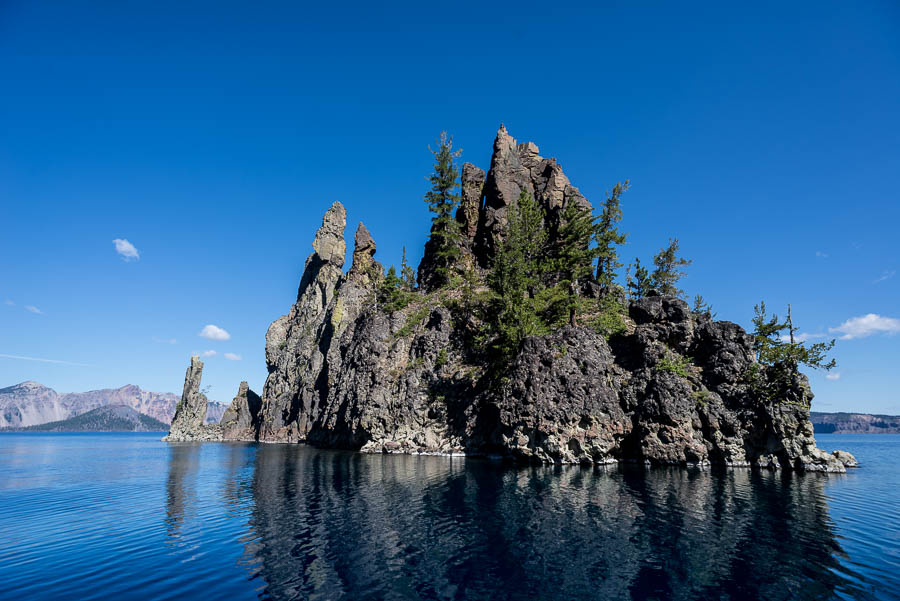 Whether you decide to take the boat or not, I definitely recommend walking to the bottom and taking a plunge! While life is often about photography for me, it’s also about being fully alive. (thanks for the unknown photographer who made this photo of me).

These are all low resolution images, so if you’d like to see one in higher resolution, just click on it and you’ll be taken to nomadruss.com where you’ll find the full image. If you’d like one for your wall, they’re printed on Hahnemuhle Fine Art paper. You can also have them printed on eco-friendly bamboo. Don’t like the price? Then write to me and we’ll work something out. I want you to have a favorite hanging in your home.