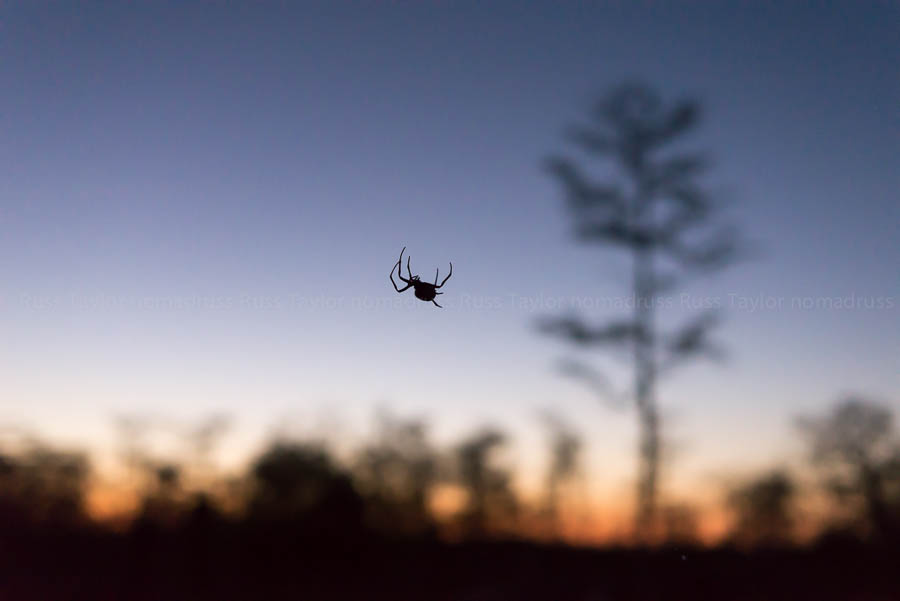 I was wandering the backroads of the Everglades, deep among the cypress, when I ran across an old automobile. There appeared to be people inside. They’d apparently been there for quite some time. Indeed, they had been.

Later, I was admiring the cypress forest from afar, when suddenly there appeared, quite close, a spider. It must have been close to Halloween.

6 thoughts on “The dark side of the Everglades, just in time for Halloween”