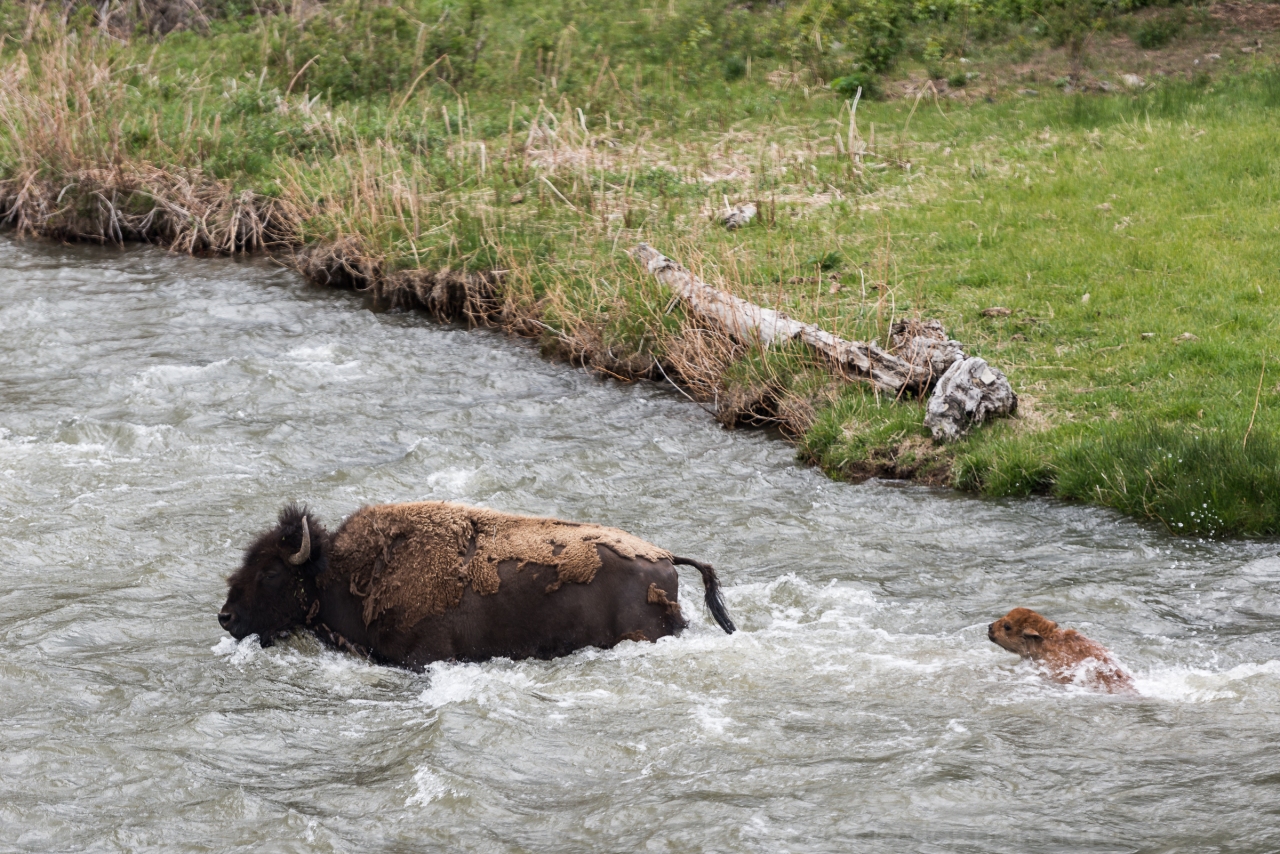 Affectionately known as “red dogs,” baby bison are generally born between April and May and are orange-red in color, earning them the name. By this time in the season they are changing to brown in color and their characteristic horns and shoulder hump start to grow. These images were all made during the month of May in Yellowstone National Park, and focused mainly on the affection between mama and calf.

A mama bison strokes her baby

A mama showing her baby some affection