The first snow of the season had fallen, and I was eager to see what was revealed as the clouds parted. The leaves of autumn were still golden, and that, along with the first snow, was sure to be special. These images were all made on one morning, October 7th. The day dawned cold, and there was just enough light to catch the fading stars as the clouds lifted from the mountains. In the early dawn, the fall colors were revealed. For a time the light was flat, and clouds seemed to move back in, but as the sun rose over the eastern horizon, it lit up the peaks and accented the clouds above. It was a moment of glory. As the morning grew, a moose and her calf appeared on the scene, lending an unmistakable exclamation to a Teton morning. 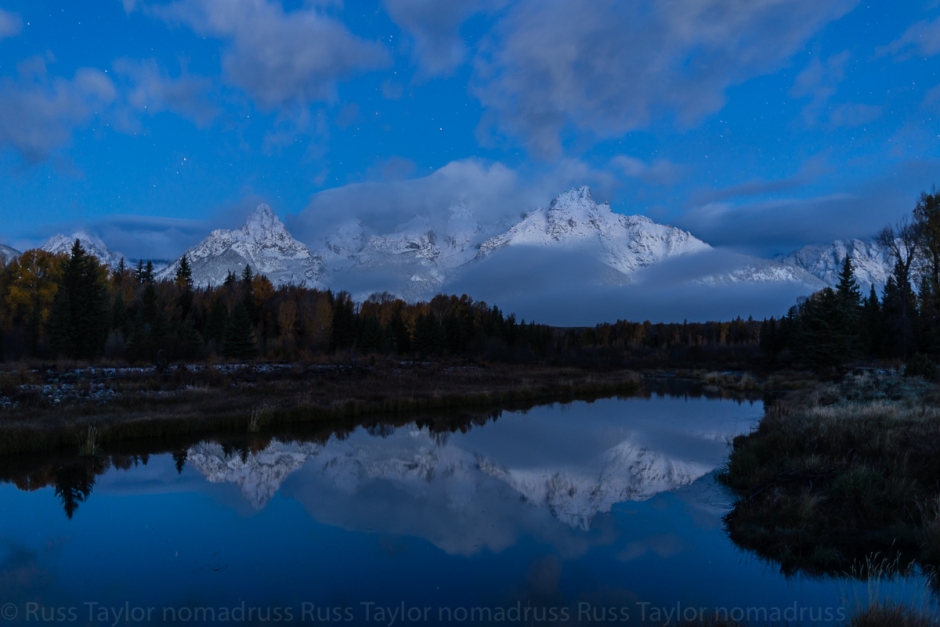 First light on the peaks 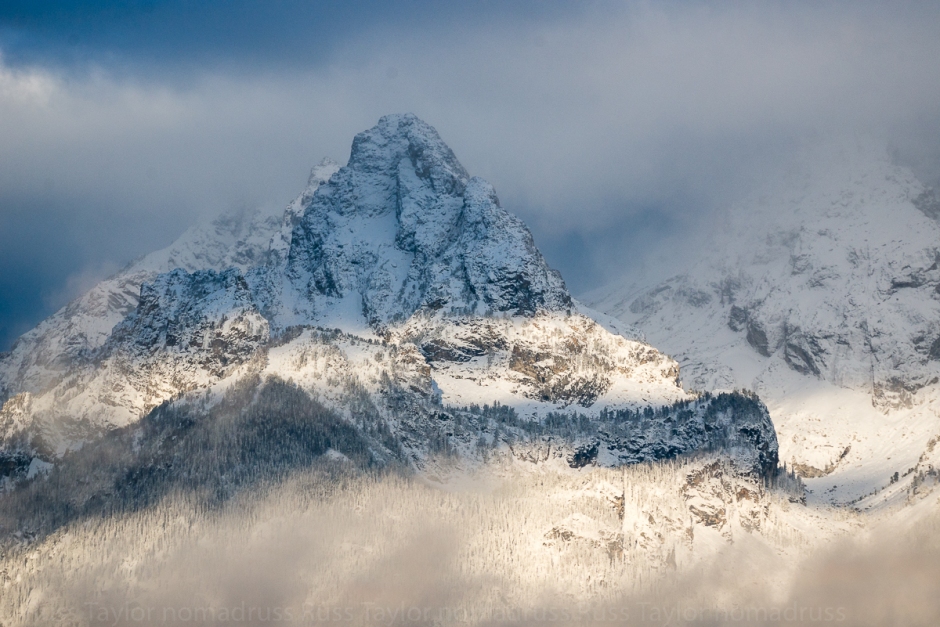 The seasons first snow on the crags

A moose appears on the scene

A moose and a her calf

18 thoughts on “Tetons… One Morning”